This is an Excerpt from BullCityMutterings.com, a blog written by Scenic NC President, Reyn Bowman

Results of a new poll of North Carolina voters shows that when it comes to provisions of a new billboard bill, legislators who have felt insulated may finally be risking support at the ballot box.

As smoothly and many feel deceptively crafted as SB 320 and HB 304 were  by the billboard lobby, North Carolinians are overwhelmingly opposed to its provisions.

But bi-partisan voter opposition to bills that favor out-of-state billboard companies isn’t new.  More telling this time is that the opposition is strong regardless of gender and geography.

Historically, men have been less protective of scenic preservation but this time they poll even more opposed to these bills than women.

Opposition to provisions such as permitting digital even where they are now prohibited runs 2 to 1 in the northeast and southeast and 3 to 1 along the mountains and metro areas where cities have already permitted them.

Of course, opposition is also high across the age groups billboarders and their remaining advertisers are trying hardest to reach.  The poll shows 5-to-1 opposed for those between age 30 and 45, increasing to 8-to-1 opposed among those age 46-65. 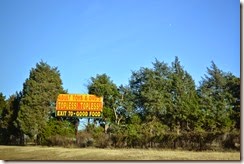 Of particular note to the few advertisers still using billboards is the high turn-off to turn-on ratio they have among consumers they are hoping to reach.

But most revealing is how voters plan to hold supporters accountable.

For a decade now, studies have found that elected officials are rarely held accountable at the ballot box, in part, because “the voices of American citizens are raised and heard unequally,” opening the door for special interests.

This is why a tax loophole, one of the six largest, permits billboard companies to escape paying their share of taxes by claiming their profits are only “rents.”

Ironically, “rent-seeking” is also the word economists use to describe when companies such as these work the political system to gain favorable treatment rather than working to create economic value in the marketplace.

To further assault North Carolina taxpayers, if passed and signed by the Governor, this new legislation will also guarantee billboard companies millions of dollars for each one that is removed when it comes time to widen the roadway.

This, even though the courts have ruled the billboards parasitic property because they would have no value in the first place were it not for the taxpayer funded roadways.

However, according to the poll, Tar Heel voters recognize that this is essentially a tax increase on them to benefit out-of-state billboard companies, not exactly the kind of tax-shifting voters like.

This provision in the proposed North Carolina legislation made voters overall less likely to support a legislator who votes for the bill by almost 5-to-1, including 4-to-1 among Republican voters.

If voters remember and follow through come election time, this would represent a sea-change where elected officials are held more accountable for actions they felt were safe in the past because they harmed only those who were not their constituents.

It is a mistaken calculus often used by organizations such as chambers of commerce and more passively, some tourism organizations, which align with the 1/5th of Carolinians who ally with the billboarders, including some doing so in direct opposite to the wishes of businesses and residents in their communities.

This latest poll may reveal not just overwhelming opposition but emergence of a resentment that could drive North Carolina voters to ban billboards altogether one day as voters have in some other states.