This Is An Excerpt From BullCityMutterings.com, A Blog Written By Scenic Board Member, Reyn Bowman.

In an essay a week ago, I suggested that North Carolina’s annual Interagency Report on Litter Cleanup, Education/Prevention and Enforcement was missing some information. But I was mistaken; so maybe with this post, I can fill in some of the blanks. Litter clean-up has many purposes including public health, achieved by reducing contaminants in storm water, but it is also to safeguard scenic character, which is a core trait in the state’s appeal for economic development. So I questioned why programs to proactively beautify roadsides were omitted.  It turns out these are beyond the legislative scope of the report and I sense that over-delivering may not be well received. It is too bad because North Carolinians are largely unaware of how much the NC Department of Transportation does to protect and enhance the state’s overall appeal along its roadsides. Roadsides are the first and last impression that more than 90% of the state’s visitors receive, as well as tens of millions of potential visitors who are just passing through. When I arrived in Durham twenty-six years ago to complete the last half of a four-decade career in visitor-centric economic and cultural development, Bill Johnson, a now retired NCDOT roadside engineer was deep into two, now award-winning, beautifications projects. 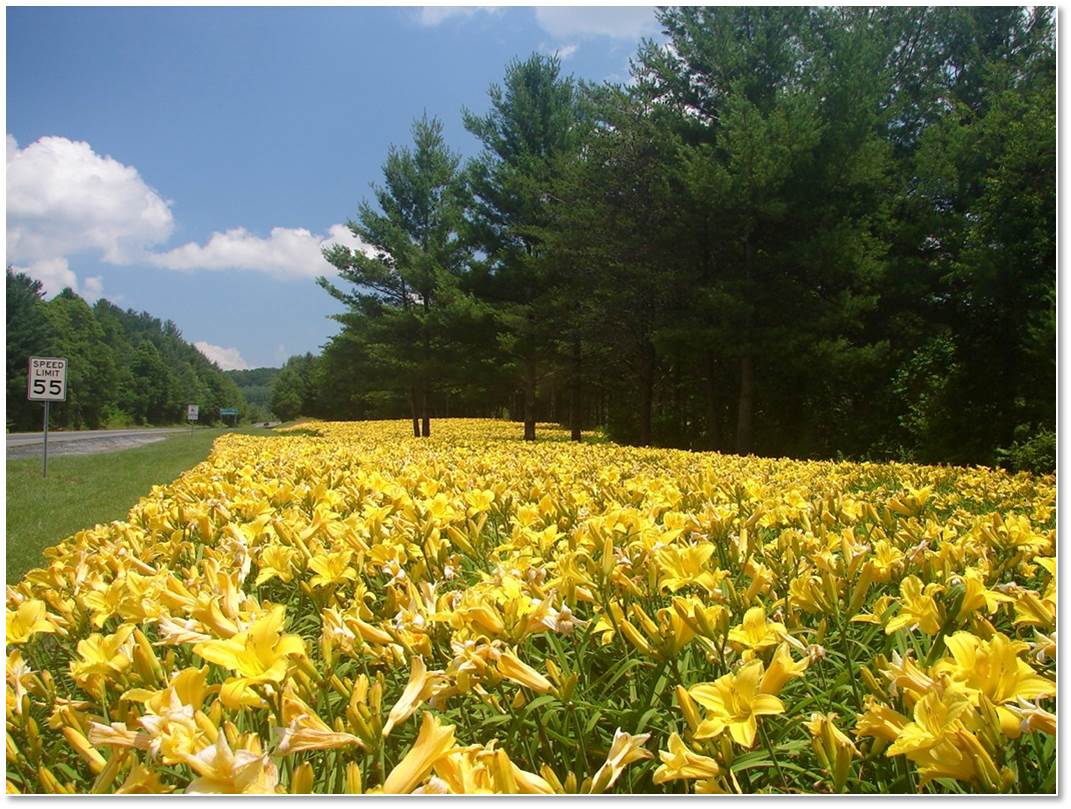 Today, North Carolinians and visitors to the state are greeted with 1,500 acres of wildflowers across the state as they drive along Interstates here. Bill also started a program to recognize and preserve scenic byways along secondary roads across the state. Soon the number will be increased to 58 covering more than 2,300 roadway miles showcasing every part of North Carolina including Durham, one of the few urban counties to set one aside, a favorite of mine astride a trusty Harley-Davidson Crossbones. It is also a stated goal of NCDOT to “have well established and aesthetically pleasing forest along the highways in North Carolina.”  I haven’t seen a report for this decade but from the 1960s through the 2000s, NCDOT planted about 5 million trees along roadsides here. A good share were planted in league with the America Treeways Program, a partnership of many agencies and volunteer organizations with the National Tree Trust established in the early 1990s by the first President Bush, a Republican. Back then, it was also a bipartisan national policy to have well established and aesthetically pleasing forests along highways. I will never forget a sentiment expressed by Bush I during my first few months in Durham, “Every tree is a compact between generations.” Add that to the list of intergenerational compacts that have been shattered over the past decade. Today, in North Carolina, many legislators inexplicably work overtime to sacrifice trees along the 14% of roadways that are part of the National Highway System here where they still remain, even though protected in the state constitution. As a result, except whenever the Governor intervenes, Carolina’s once vaunted appeal for scenic character is rapidly falling into tatters.