This Is An Excerpt From BullCityMutterings.com, a Blog Written By Scenic NC Board Member, Reyn Bowman

It isn’t clear why a powerful North Carolina senator from Onslow County, has been relentlessly working over the past five years on behalf of the billboard lobby, but it is extremely puzzling.

Whatever the motive, this seemingly good and otherwise reasonable official, has been a highly effective at battering North Carolina’s sense of place and overall appeal, which is so essential to tourism and other forms of economic development.

Maybe it is, in part, payback for copious campaign contributions?  Makes sense.  Because he owns auto dealerships which have in the past used billboards?  Possibly.

Because billboards are so effective?  Very doubtful, unless he has been living under a rock.  Here’s why.

The automobile sector is one of the few where traditional advertising was still found to be clinging to effectiveness when a 2010 longitudinal study found that this element of marketing had fallen to a negative return on investment, following a three-decade free fall.

By 2012, two years into the senator’s push on their behalf, roadside billboards had clearly fallen out of favor with consumers, when only 2/10ths of one percent found them useful to purchase something.

That percentage climbs to only 4.6% when you take into account other types of less destructive outdoor ads such buses and kiosks but it is clear that huge roadside billboards, the focus of the senator’s zeal, are the least effective of the least, barely clinging to life support.

By 2013, when the senator set his sights on overriding popular billboard bans in some towns and cities, his own automotive industry was rapidly shifting its advertising elsewhere, online in fact.

It was clear by then that even around town, nearly two-thirds of consumers had shifted to smartphones to find products from roadside and according to analysts the trend was rapidly growing.

While traveling, this percentage is now over 75%, meaning Cracker Barrel could be saving a lot money instead of paying for the 1,600 billboards it claims to have rented as of 2014, making it one of the top source of blight among restaurants.

The chain is traveler-driven with pass-through visitors representing 40% of its business.  But it obviously hasn’t updated its marketing plan for a few years. On the road, 3-in-4 are now using smartphones instead, resulting in a conversion rate of 85% for restaurants. 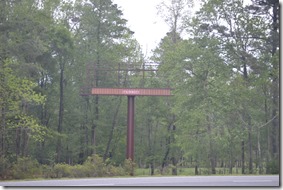 A 2012 Nielsen study found that mobile advertising and online searches reached 62% of automotive consumers before they had made a decision as well as 38% of those who knew exactly what they were looking for.

More significantly, 49% made an automotive purchase related to using their mobile device.  By year end, even dealerships such as the senator’s had shifted as much as 40% of traditional advertising to digital.

No brainer.  So why are a few legislators so bent on forcing billboards down the throats of Tar Heels and their visitors while levying a hidden tax from the destruction of thousands of acres of public roadside forests?

In 2013, auto manufacturers and dealers spent more on online advertising than traditional advertising and at a rate of nearly three times the growth of overall advertising.

During 2015, they will spend $7.30 billion online.  That amount will increase to $12 billion by 2019, more than double the amount of annual spending there the year the senator’s onslaught began, at tax payer expense, to keep billboards on life-support.

The automotive industry’s online spending is 60% on direct response such as email and 40% brand advertising.  Nearly half is mobile related and half PC related.

It will be the third highest industry in mobile ad spending this year, at $3.43 billion, several positions above even the early adopting travel sector.

Online ads are considered viewable when half of the pixels are in view for one second, according to experts, only 40% as long as it takes to decipher a message on a billboard and they do not contribute to blight and deforestation.

It isn’t a coincidence that the time it takes to decipher a billboard is   the span of inattention found just prior to 80% of crashes and 65% of near-crashes.

The senator’s most recent push on behalf of billboards is to permit them to clear the view of trees along exit ramps each of which average 1,200 crashes each per year, which is already influenced by visual inattention as a contributing factor for 93% of rear-end crashes.

The most convincing evidence of the complicity of billboards on accidents came from a study of locations before and after they were removed.

Flippantly, many lawmakers dismiss the senator’s illogical obsession by testifying, in jest, that billboards will soon be entirely irrelevant, abandoned by their out-of-state owners.

What the heck, it will only take 50 to 60 years for North Carolina’s roadsides to recover.